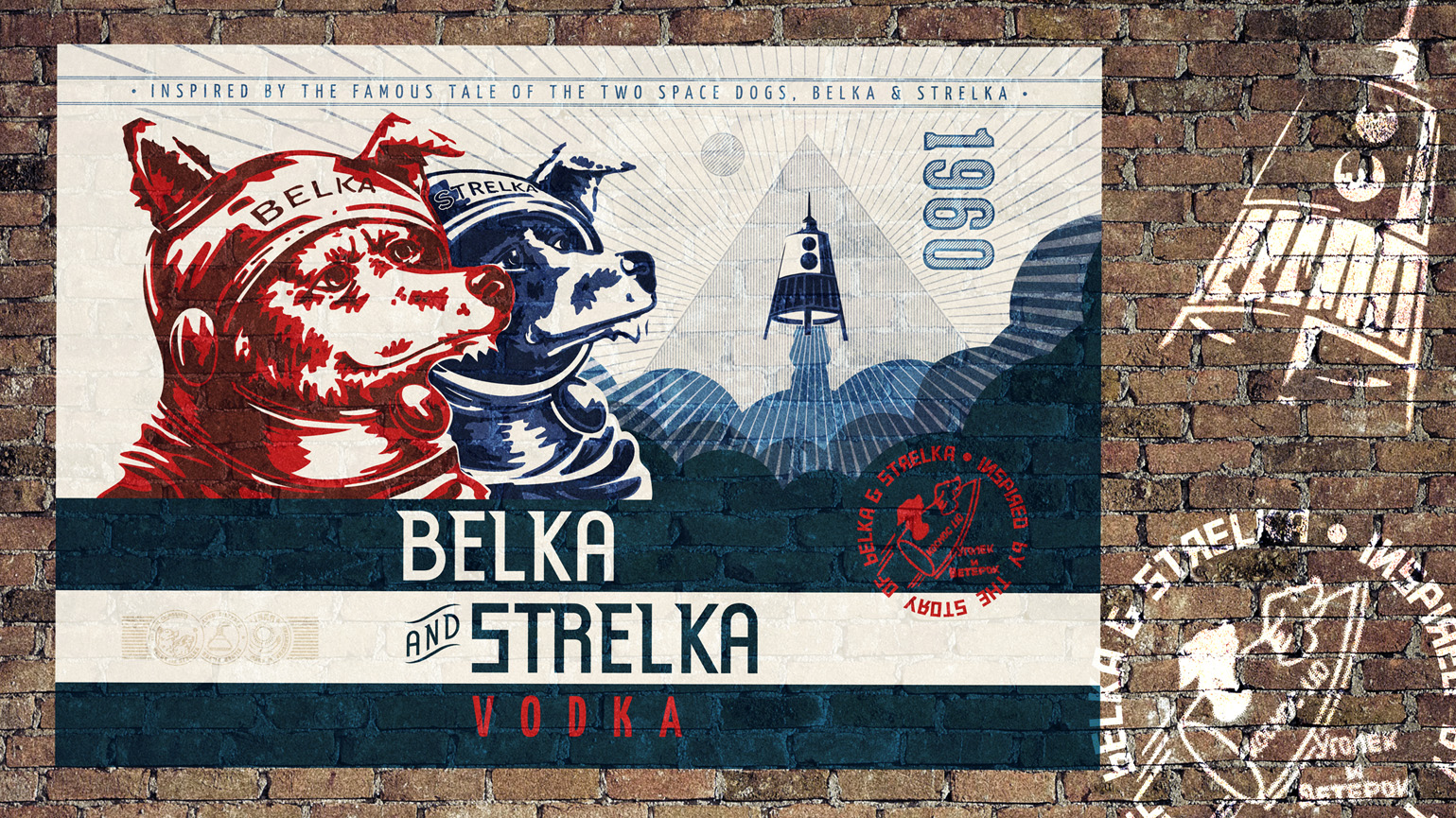 The Ellustria brand portfolio stands for re-imagining beverages and to do so we want to ensure that their stories are heard! We believe that great stories connect people emotionally. That is why when there were plans to introduce this Kazakhstan made vodka, we soon found inspiration in the stars.

In less than 60 years man went from not being able to fly, to blasting into outer space. These astonishing feats show true greatness and bravery, and non more than the first surviving cosmonauts Belka & Strelka. Although they may be dogs, these brave animals gave hope and inspiration to the future of mankind, they went to space and back in 1960 aboard Sputnik 5. Later, the two dogs’ puppies were given as a gift to the Kennedy family as a lighter point in the space race.  The Soviet space program ran from their base in Baikonur now Kazakhstan, so this inspiring story deserves a dedicated heroically distilled vodka.

After establishing the origin of this vodka’s story we wanted to create a design that would stand out from its comrades. We took inspiration of cosmonaut era design, whilst still reflecting a sense of modernity. The vodka needed to feel like a poster; a poster that paid homage to this fantastical and heroic story.

The result is a bottle that competes in the premium vodka segment in a new way. Not only by standing out from the rest but also by the virtue of honoring a great moment in time, and the spirit that got us there.